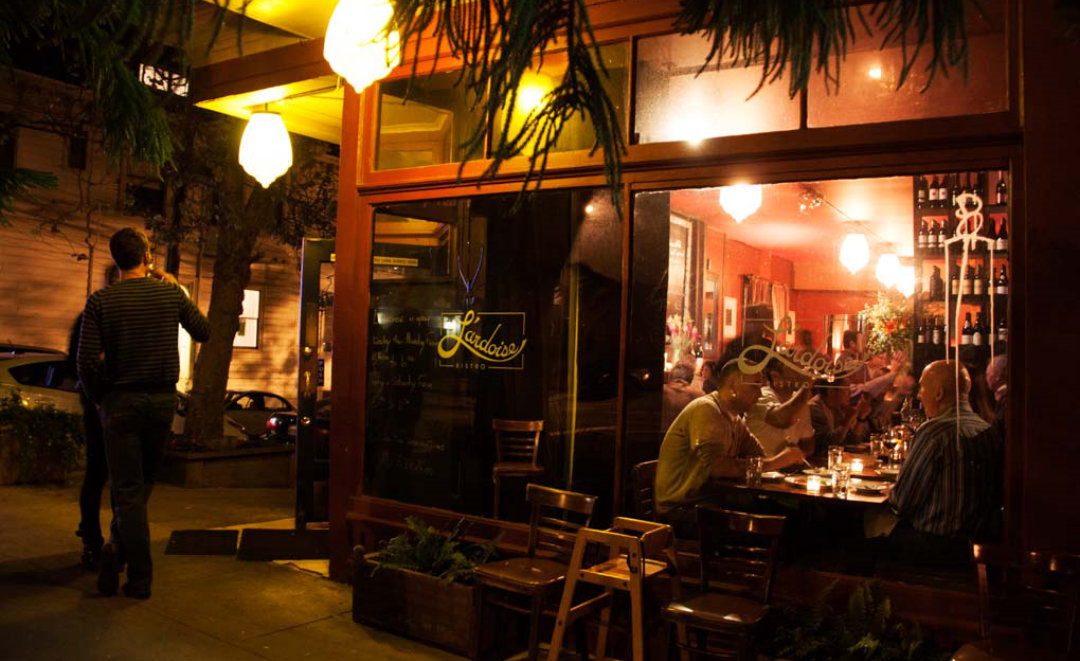 L'Ardoise - pronounced [ LARD-WAZZ ] - is a French bistro in San Francisco, serving traditional and authentic fare in a cozy atmosphere. In French, the word ardoise refers to a chalkboard, on which the menu is traditionally written.

L'Ardoise has been a neighborhood favorite since it opened in 2008, receiving great reviews from both diners and professional critics. 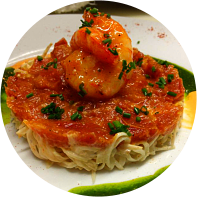 Tingle your taste buds with our appetizers. [ Click Here ]

Indulge in our desserts for the perfect finishing touch. [ Click Here ]

Pair your main course with a delectable side dish. [ Click Here ]

Chef Clement’s professional experience includes three years at Le Charm, a San Francisco bistro, one year at Elizabeth and Daniel, a 2001 James Beard nominated restaurant, and three years leading the kitchen at Fringale, a Basque-inspired restaurant. He then opened his own restaurant, L’Ardoise Bistro in March 2008. L’Ardoise Bistro has been featured in the Michelin guide, and has a good rating in the Zagat Survey, Yelp, and other blogs, plus a few article in the local papers.

Born in the French Alps, Chef Clement then moved with his family in central France and worked at his father’s butcher shop. He acquired a taste for fresh, simple food that makes the pride of his hometown’s artisan products and his mother’s home cooking.

Chef Clement began spending time in professional kitchens at age 15 and has subsequently begun his education by working in restaurants in Bordeaux, the Pyrénées, and Paris. Chef Clement spent six years in Paris pursuing his love for the culinary arts at venues including The Bistro du Peintre, a typical bistro in the Bastille area; La Cigalle, a small restaurant specializing in soufflés, L’Escargot Montorgueuil, and La Cantine Des Gourmets, a Michelin star rated restaurant. Before moving to the United States, he worked briefly at Fitzer’s in Temple Bar, Ireland, where he was executive chef.

The French love their chalk, and no wonder. Chalk makes possible some of France's most prized wines, from the sparkling cuvées of Champagne to the wonderful, minerally whites of the Loire Valley. It's also useful for writing on chalkboards, which tend to be ubiquitous in French restaurants and on sidewalk sandwich boards outside of same. One of the great pleasures of Paris... [ Click Here ]

I've lived in the city since 1993 and since 1996, all of my editor jobs have required me to keep track of the restaurant scene. Generally, I have a smug sense of myself as someone that knows this scene pretty well. Until I'm proven wrong. Which is pretty often for someone so smug. [ Click Here ]

Peek through the tiny open window into the kitchen at L'Ardoise, and you'll see Thierry Clement with his head bent in sharp concentration. The chef and owner gracefully moves about in a space no larger than a New York City galley-style kitchen. It's in perfect scale to the 38-seat space, which envelops you like a warm cocoon the moment you push through the cloaks of fabric at... [ Click Here ]

In one's dream of city life, certain factors are key: a pleasant, light-filled, quiet, and maybe even spacious apartment; easy parking or access to public transportation; and amenities ranging from convenient goods and services to distinctive features such as parks and playgrounds. [ Click Here ]